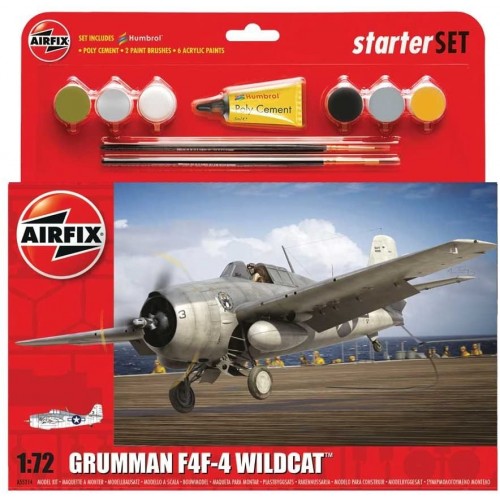 The Grumman F4F-4 Wildcat was an American carrier-based fighter aircraft that began service with both the United States Navy and the British royal Navy with high air combat kill-to-loss ratios. The Wildcat was built throughout the war to serve on escort carrier where larger and heavier fighters could not be used.

Check Stock at Your Local Store

Click and Collect is available on this item! Simply add the item to cart, then fill in the reservation form to reserve the item. Please allow up to 1 hour for staff to check stock & email with your reservation confirmation.

Can't find what you are looking for? Buy Gift Vouchers Instore Now!

We accept Love 2 Shop vouchers in all of our 9 stores.