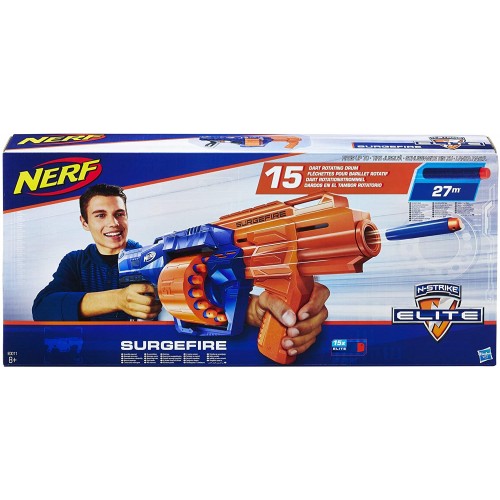 Slam the competition with a Surge of 15 darts from the Nerf Surge fire blaster. This N-Strike Elite blaster has a rotating drum that holds 15 darts. Choose a target and blast one dart a time or slam-fire all 15 darts rapidly to pour on the firepower. This pump-action blaster launches darts up to 90 ft (27 m), so surge into battle and take control of the action. Includes 15 Elite darts.

Check Stock at Your Local Store

Click and Collect is available on this item! Simply add the item to cart, then fill in the reservation form to reserve the item. Please allow up to 1 hour for staff to check stock & email with your reservation confirmation.

Can't find what you are looking for? Buy Gift Vouchers Instore Now!

We accept Love 2 Shop vouchers in all of our 9 stores.